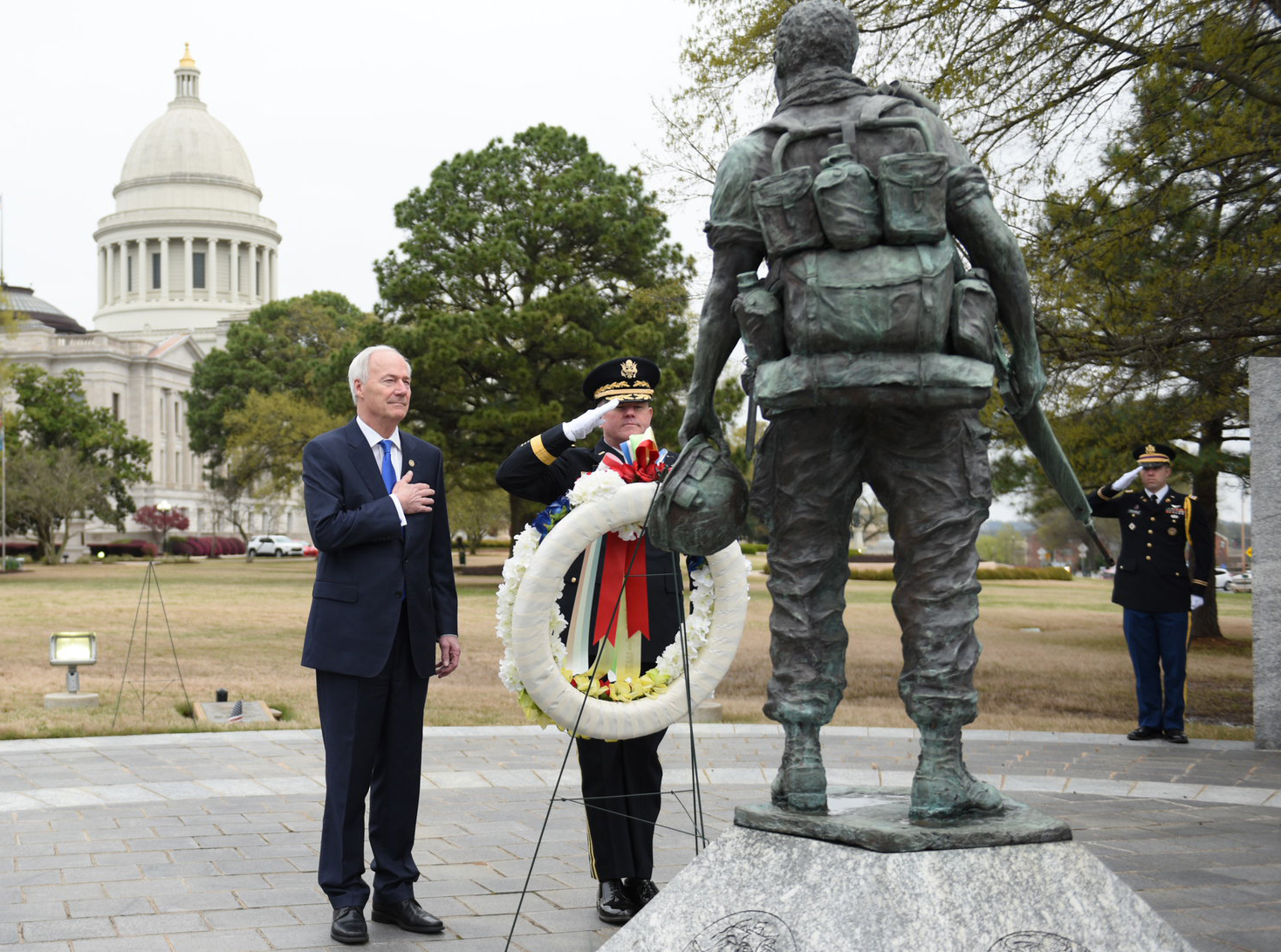 Arkansas Governor  Asa Hutchison and  Maj. Gen. Kendall W. Penn,  The Adjutant General, Arkansas National Guard, redner honors as taps is played after laying a wreath at the Vietnam Veterans Memorial today at the Capitol.  The memorial has all the known Vietnam Veterans from Arkansas Killed in Action in the Vietnam War.

Text of speech given after the Wreath Laying

find the video at :

Thank you Sergeant Major. Thank you General Penn.  Thank you veterans service organizations that have been so supportive of this. I also want to express appreciation to Chairman Singleton and the Arkansas Veterans Commission.

Some people thought, “Well, maybe we should cancel this ceremony in light of the current circumstances and the crisis we face as a nation with COVID-19. I said, “No. I think it would be an appropriate way to express our memory, our appreciation for those who served during the Vietnam war.

I consider it an honor to participate in the annual laying of this wreath.

The war ended 45 years ago.

But we know that for those who lost a loved one in Vietnam, the war never really ends.

So we unite in thanking their families for their sacrifice.

The Vietnam War upended the country. But we navigated the anger and sorrow to emerge a better people.

Today, we all are aware that a war of a different sort has turned our nation on its head. Not our nation only, but the entire world.

We are fighting an invisible enemy that will require our nation to pull together if we are to defeat it quickly.

But that’s what Americans and Arkansans do.

At the Arkansas Vietnam Veteran Memorial

Governor of the State of Arkansas