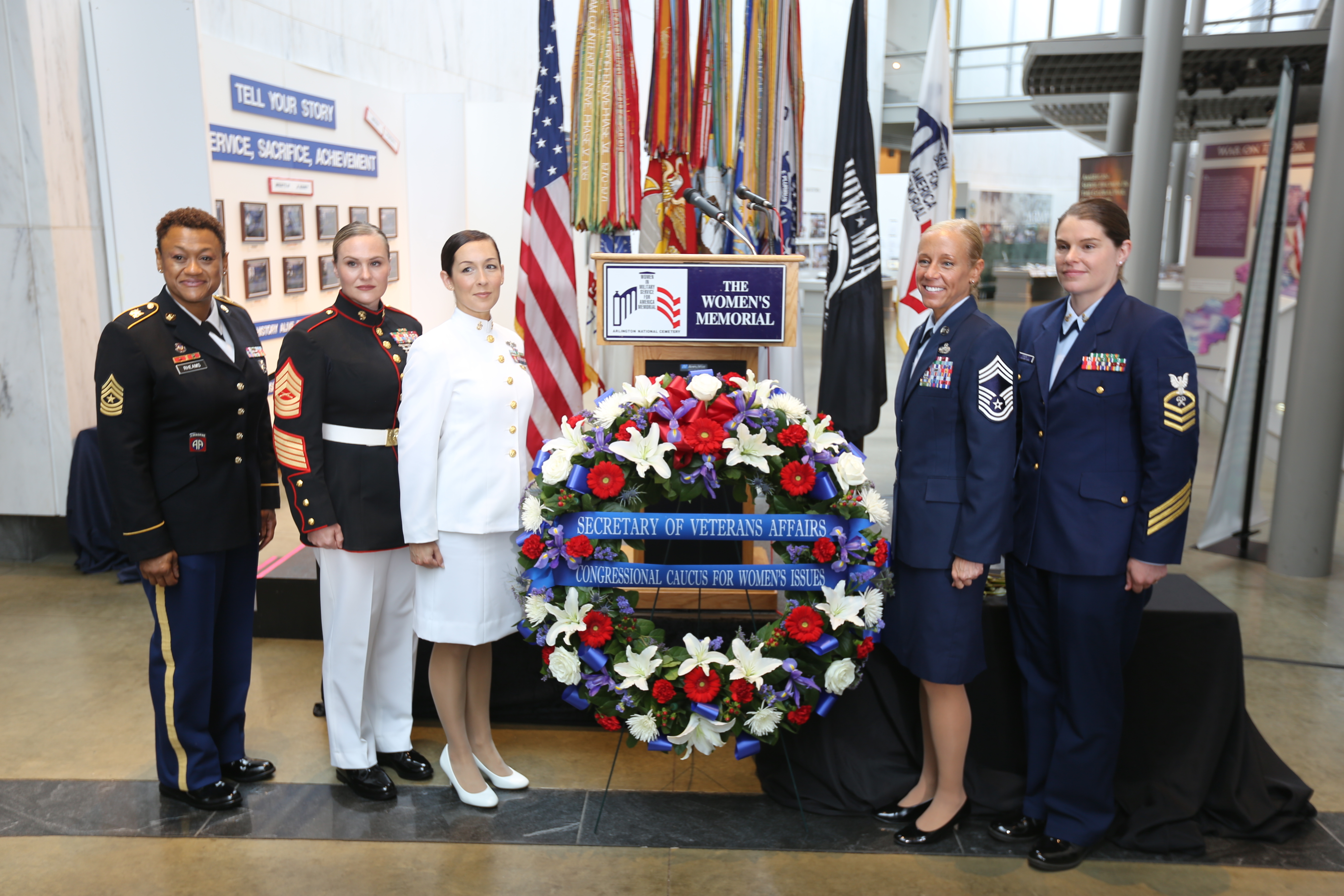 Senior noncommissioned officers chosen for their outstanding courage and professional achievements representing all five branches of the military stand together after the Women in the Military Wreath Laying Ceremony, sponsored by the Congressional Caucus for Women’s Issues, Arlington, Virginia, May 17, 2018. Master Sgt. Meghann Viggiani (second from left) is the logistics chief at Marine Barracks Washington and was the Marine Corps’ representative at the event.

ADVA will be photographing 75 women veterans in celebration of 75 years of Women in the Armed Forces.

Arkansas has 75 counties. ADVA would like to photograph a woman veteran from each county.

The women veterans photos and bios will begin to appear on ADVA Social Media and web page beginning March 28 for 75 days; one woman will be featured daily.

Please partner with ADVA for this photoshoot scheduling by providing names and contacts of your women veterans by Valentines Day. Photo shoots will end February 28.

Submit your women veterans at

Also  photographers and would like to donate their services are welcome to participate in the shoots. Photographers should contact Sue Harper at sue.harper@arkansas.gov or 870 623 6900

ADVA currently is planning to schedule 10 locations for the entire state. We would like to do our shoots in the month of February.

June 12th is the National Observance of Women Veterans Day. This year will be the 75 years of women being a permanent part of the armed forces.

On June 12th, 1948, President Truman signed the Women’s Armed Services Integration Act into law. The act let women serve as full, permanent members of all the branches of the military.

The photos will also be published in an digital book accessible online with the possibility of publishing the book hard copy at a future date if funds are available.